Today’s Kindle deals include the complete NIV Application Commentary series which has many strong volumes. There are a few other books as well.

Hope for the Girl with a Sexual Past

I know this is an area of significant struggle for some. “Like my coworker, I previously believed I could never live a life of purity. It’s a bizarre thought to the mind which has yet to be renewed by Christ. Back then, I could have been named among Gomer and the adulterous woman. (Hosea 1:2-3; John 8:3-11) I was a slave to sin who lacked the desire for freedom. My body and heart were not places of purity, but rather, tools to get what I wanted; to feel loved—even for just a moment.”

The Last Victim of Smallpox

Here’s the story of the final victim of smallpox—hopefully the final one in all of human history!

You only live once—if then. How do we make the most of life and the time we have? In the midst of our harried modern world, speaker and social critic Os Guinness calls us to consequential living in his new book Carpe Diem Redeemed. We can seek to serve God’s purpose for our generation, read the times, and discern our call for this moment in history.

What Does It Mean to Be Ready to Meet the Lord?

Randy Alcorn explains what it means to be ready to meet the Lord.

It occurred to me while I watched this, that I don’t think I once went into a Toys ‘R’ Us as a child.

The Problem With “Spiritual but Not Religious”

“What does someone mean when they use this oft-familiar phrase? Usually, what they mean is that they have a personal one-on-one relationship with God, but they don’t want anything to do with organized religion. They hold to a form of spirituality, but their spirituality is subjective, based on their feelings and needs, and requires no external commitment to others.”

The Race to Create Smart Glasses

The tech companies are in a race to see which of them will dominate the coming market to put their technologies on our faces.

Flashback: This is the Church in China

While in China last week, we met a local church pastor and took the opportunity to visit him. We did it on the train where we could speak with him discreetly. This is the church in China. 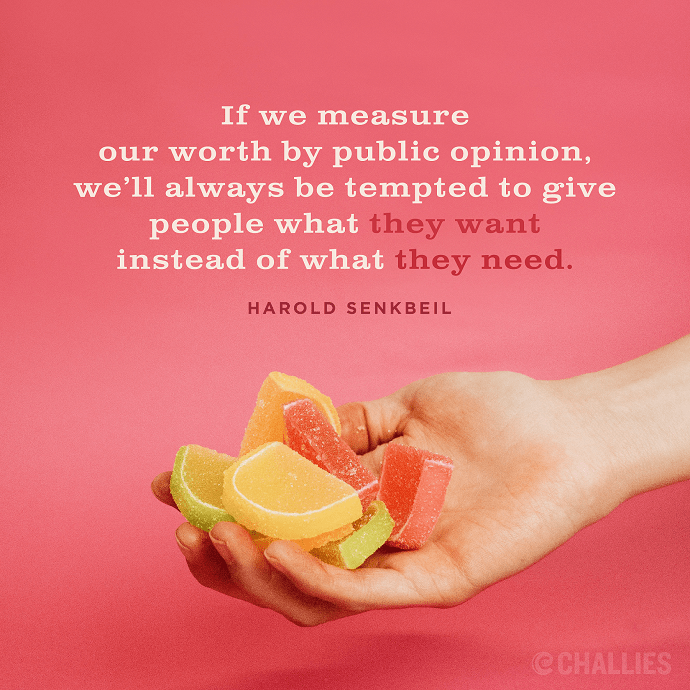 If we measure our worth by public opinion, we’ll always be tempted to give people what they want instead of what they need. —Harold Senkbeil