Today’s Kindle deals include, well, not much. All good things must come to an end and we had a pretty amazing week.

Westminster Books has lots of good stuff on sale this weekend.

(Yesterday on the blog: Why Medical Missions Is So Effective)

How To Control Your Calendar

Here are some helpful time management tips that will help you control your calendar (especially if you’re a pastor).

A Long-Term Plan to Know Your Bible

Are you wanting to know your Bible better? This article will help point you in the right direction.

How Diverging Diamonds Keep You From Dying (Video)

This is a video about diverging diamonds (which is to say, about traffic on the road). It’s surprisingly interesting.

Pierce Taylor Hibbs writes, “Some months ago, my mother handed me two old yellow sheets of notebook paper—the kind with dull green lines for text and a red double-lined sidebar. This was always the kind of paper I considered most cheap: the last-resort paper. On the backside of the paper, I found my name penned in my father’s small-cap script: ‘Taylor.’ The letter was dated October 21st, 1993, the day before my father’s first brain surgery.”

Jonathan Edwards and Why I am a Cessationist

“While some of these manifestations clearly seem beyond the pale of Scripture, their persistence among evangelicals continues to raise the questions my friend posed more than two decades ago: What’s behind these behaviors? Are they products of a genuine outpouring of God’s Spirit, or do they simply arise from unbridled emotion or the power of suggestion? Are they Satanic counterfeits, as some have suggested?”

On Pastoral Failings and the Fallout

“Scripture gives us example after example of men who finished poorly. David’s adultery left his family in shambles. Solomon’s appetites turned his heart to idols. Asa fell prey to a prideful spirit that kept him from relying on the Lord when he grew ill. Hezekiah’s pride left the kingdom vulnerable. Moses’ moment of faithlessness kept him from the Promised Land. In recent months, we’ve seen a number of Christian leaders acknowledging their complicity in immoral or unethical behavior. In each of these cases, sinful patterns in the present have caused a reevaluation of ministry fruitfulness in the past. Tragic, isn’t it? Perhaps the evil one is not interested in sidelining older leaders because he wants to stop them from future ministry; instead, he wants to stain their reputation so that all the fruit from their past becomes spoiled as well.”

Erik Raymond: “Too often professing Christians can be lulled to sleep with a false sense of security. Unwittingly they starve themselves of Christ and make provision for the flesh. This is a spiritual suicide mission!”

Do you want to use new technologies well? Then move slowly enough to first understand them, try them in small ways before committing to them in big and public ways, and ask others to share their experiences.

10 Most Significant Discoveries in the Field of Biblical Archaeology

My thanks goes to Crossway for sponsoring the blog this week. 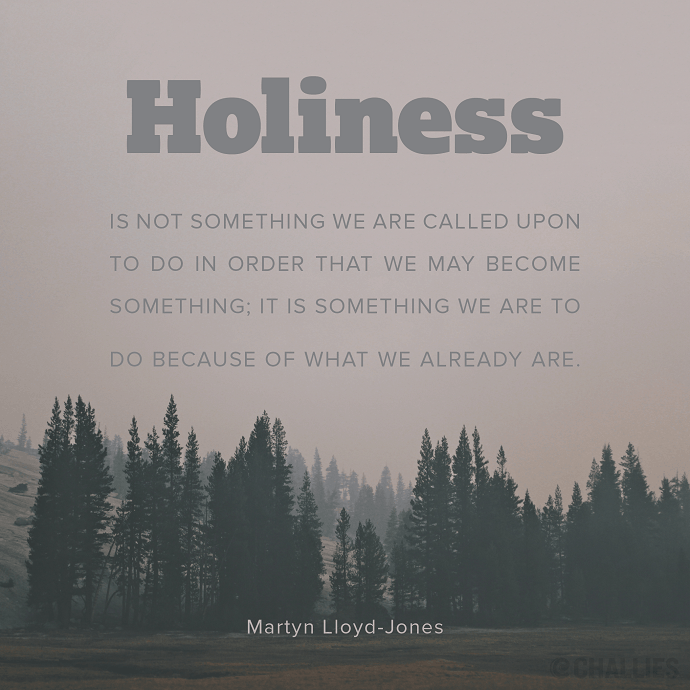