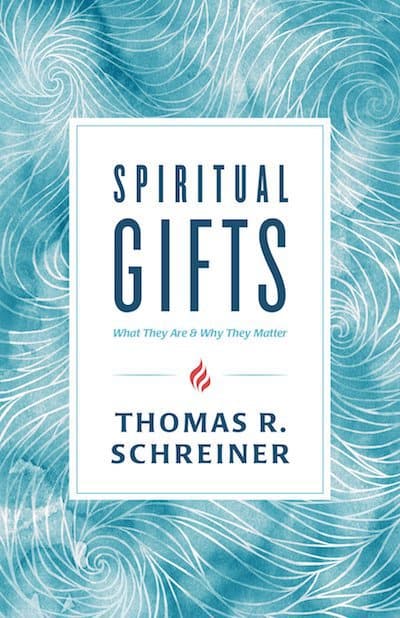 The movement called the New Calvinism has been around for quite a long time now, but still hasn’t solved one of its most basic questions: Do the miraculous or revelatory gifts of the Holy Spirit continue to the present time or have they ceased (positions that are generally labeled “continuationism” and “cessationism” respectively)? And is there room within the movement for people who hold to opposite positions? At the beginning of 2018 I suggested this would be one of the themes of the year and I continue to believe this will prove to be the case. My cause is helped by Tom Schreiner’s new defense of cessationism, Spiritual Gifts: What they Are and Why they Matter.

Schreiner sets the book’s tone in its dedication: “To Wayne Grudem, John Piper, and Sam Storms. Beloved friends and coworkers in the gospel of Christ.” These men are among the leading Reformed, continuationist theologians, and this dedication proves that Schreiner means to speak as a friend to friends. An eminently gentle man, he never comes close to being harsh or offensive. He very much wants to position this as a discussion between friends on a matter of secondary importance.

After the dedication and introduction, Schreiner commits a chapter to expressing the strengths and weaknesses of the charismatic movement and here he draws largely on J.I. Packer’s Keep in Step with the Spirit. He then defines spiritual gifts as “gifts of grace granted by the Holy Spirit which are designed for the edification of the church.” These must be carefully distinguished from ministry roles, desires, and skills, even though there may be a large amount of overlap between them. He looks at each one of the gifts described in the New Testament and provides a brief definition. It will later prove key that he defines prophet and apostle (as used in Ephesians 4:11) as spiritual gifts.

Through the next two chapters he lays out 10 important pastoral truths about spiritual gifts: they fall under the Lordship of Jesus Christ; we must think reasonably about our gifts; it is God who distributes gifts in a diverse way; our gifts don’t make us superior or inferior to others; our gifts are useless without love; and so on. As he does this, he provides a brief theology of spiritual gifting and little of what he says will be controversial among Reformed Christians (though a few may disagree that we are baptized with the Spirit at conversion or with the level of importance he places on the mind—“The way the church is edified is through understandable words.”).

After a chapter of questions and answers (Does every Christian have a spiritual gift? How do we discover our spiritual gifts? Why does Paul say to desire the greater gifts? Etc.), he has finally laid enough of a foundation that he can get to the real reason people are reading this book.

In chapter six he defines the gift of prophecy. He denies the views that it is either charismatic exegesis of existing revelation or simple preaching of the Scriptures. Rather, a prophecy is a spontaneous message from God delivered through a human being that is meant to instruct, encourage, or warn God’s people. “Those who prophesy bring to light what is hidden and reveal what isn’t accessible to ordinary human beings.” In the chapter that follows he looks at the view held by leading continuationists like Wayne Grudem and Sam Storms who insist that New Testament prophecy differs from its Old Testament counterpart in that it may now err. Where Old Testament prophecy was inerrant and demanded immediate obedience, New Testament prophecy is potentially-flawed and demands discernment, evaluation, and sometimes rejection. He insists, though, this position is wrong and that the New Testament standard for prophecy is no different: It is equally inerrant and authoritative as it was before Christ.

So what is it that continuationists are doing when they claim to be prophesying? He believes they are sharing mere impressions. Schreiner takes an unexpected turn here when he affirms that God often impresses matters on our hearts that may be true and beneficial to others. “God may lay something on someone’s heart, and it may be exactly right and exactly what a person needs to hear. Sometimes the impression may be astonishing and clearly miraculous, though this is quite rare.” To be clear, “God can use impressions for our good, but they aren’t the same thing as prophecy and need to be distinguished from prophecy. They can’t be of great importance because Scripture doesn’t address them.” What perplexes me here is that he does not turn to the Bible to prove the existence, value, or definition of such impressions. It’s not that I necessarily disagree with him, but that biblical support is suddenly conspicuous by its absence. This is especially noteworthy since all through the book he has gone to great lengths to prove every point through Scripture. How can we know what impressions are, or that they are divine, or that they may be true and beneficial? We are never told.

He turns next to the matter of tongues and defines them as languages spoken by and understandable to human beings. In other words, tongues never differ from what is described at Pentecost, where people spoke in intelligible languages they themselves did not understand. This leads to an inevitable conclusion: “Contemporaries who say they speak in tongues—like those who say they have the gift of prophecy—aren’t actually practicing the biblical gift. Those who think they are prophesying are actually sharing impressions, and those who claim to have the biblical gift of tongues aren’t speaking in other languages but in ecstatic utterances. It doesn’t follow that what they are doing is necessarily evil, but neither is it the same thing as the gift we find in the Scriptures.” The next chapter looks at the significance of the gift of tongues and shows that, like all gifts, it was meant particularly for serving brothers and sisters in Christ.

After putting aside what he considers a couple of uncompelling defenses of cessationism, Schreiner finally makes his case. “The basis for cessationism is the claim that the church was ‘built on the foundation of the apostles and prophets’.” Because the foundation of the church has now been laid and the authority of the apostles enshrined in Scripture, we have no need for apostles. As for prophets, they spoke infallibly and authoritatively until that foundation had been laid. But with the foundation complete, they are no longer needed. In fact, any contemporary claim to prophecy is nothing short of dangerous since any true prophet must speak infallibly and authoritatively. “If such authoritative apostles don’t exist today (and many continuationists agree on this point), and if prophets spoke infallible words like the apostles, and if the church is built on the foundation of the apostles and prophets, then there are good grounds to conclude that the gift of prophecy has ceased as well.” This is a position he considers “nuanced cessationism.” It’s nuanced because he keeps open the possibility that God may continue to grant great signs and wonders in certain “cutting edge missionary situations.”

What about healing and miracles? We pray for miracles, knowing that it is sometimes (though rarely) God’s will to do what cannot be explained in any other way. As for the gift of healing or working other miracles, a continuationist must grapple with the vast difference between what is claimed as a miracle today and what was displayed in the early church. “If a continuationist says that the gifts are operating today but to a far inferior degree than what we see in the New Testament, then they seem to be saying that the gifts aren’t operating as they did in the New Testament. But how do they know that? The argument actually sounds like a form of cessationism to me.”

So, acknowledging there are still significant differences between close brothers and sisters, what do we do? We continue to pursue the truth and we continue to pursue love. To expand on the Apostle Paul’s great “love” text, “If I have the right view of spiritual gifts, but don’t have love, then I am nothing.”

What do I, as a convinced cessationist, make of Schreiner’s position? I very much enjoyed reading it and want to continue to consider it. I suppose I had been hoping he would make a slam-dunk case for cessationism, but I don’t think he did (and neither do I think he would make such a claim). Such a hope was probably naive. The reason this is a debate at all is that it is much tougher to prove that something has ceased than to assume it has continued. This is what cessationists have to prove and it is no small task. Yet the challenge for continuationists is just as daunting. They need to prove that what they count as tongues and prophecy carry even the least association to what we see modeled in the New Testament. I appreciate Dr. Schreiner’s argument and find it compelling, but know we wouldn’t be having this discussion if our continuationist friends would simply (and verifiably) speak in a real but unknown language or heal more than a backache, case of depression, or the always-popular slightly shorter leg. Continuationists begin their case with Scripture, but offer unconvincing real-world evidence of the operation of the gifts; cessationists acknowledge that unconvincing real-world evidence of the operation of the gifts, then turn to Scripture for an explanation.

As for the near future of the New Calvinism, I continue to be convinced of cessationism and concerned about continuationism, though I find my cessationism becoming increasingly nuanced (though not in the same way as Schreiner’s). I don’t think the differences between the two as they work out in the life of the local church and the faith of individuals are as insignificant as perhaps Schreiner suggests. To this point in time, Reformed continuationist practice has been almost indistinguishable from Reformed cessationist practice. To be a continuationist has meant being “open but cautious,” which has essentially equalled “functionally cessationist.” Yet a movement is afoot to remedy this and to begin to “practice the power,” to borrow the title of a recent work from Sam Storms. Storms is taking the lead in teaching other church leaders how to implement and practice the gifts in the local church through prophetic words, healing ministries, casting out demons, and so on. His recent Convergence conference meant to instruct Reformed folk in the spiritual benefit of practicing the gifts and his forthcoming workshop event is meant to tease out its implications through seminars dedicated to dream interpretation, prophetic evangelism, and equipping children to be active in prophetic ministry. I don’t think we’ve yet seen Reformed continuationism at its full bloom. Frankly, I hope we never do.

What makes Dr. Schreiner an ideal candidate to write this work is not only his understanding of the key biblical texts and his long labor to arrive at a firm position, but also his kind character. His affection for his continuationist friends is a regular theme in the book and he gladly offers them every benefit of the doubt. The combination makes for a solid book and an important contribution to a discussion that shows few signs of being solved any time soon.