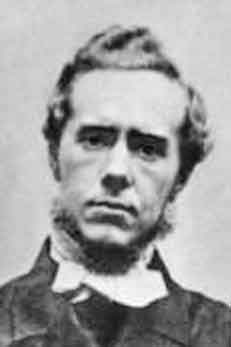 Over the weekend I have been reading Vance Christie’s account of the life of Hudson Taylor (Hudson Taylor: Gospel Pioneer to China). This is, to my recollection, the first biography of Taylor I have ever read. Missionary biographies always give me a lot to consider and this one has been no exception. As with so many missionaries, and perhaps especially missionaries of that era, Taylor suffered greatly, eventually burying his first wife and four of their young children in China. One of the most heart-rending portions of the book is when his beloved eight-year-old daughter Grace, who seems to have had a precocious faith for a child of that age, very suddenly developed a high fever and was diagnosed with meningitis.

A few days after Grace was taken ill, and when it was clear that she was dying, Hudson wrote to his friend William Berger.

I know not how to write or how to refrain. I seem to be writing, almost, from the inner chamber of the King of kings. Surely this is holy ground. I am trying to pen a few lines by the couch on which my darling little Gracie lies dying. Her complaint is hydrocephalus. Dear brother, our flesh and our heart fail, but God is the strength of our heart and our portion for ever.

It was no vain nor unintelligent act when, knowing this land, its people and climate, I laid my wife and children, with myself, on the altar for this service. And He Whom so unworthily, with much of weakness and failure, yet in simplicity and godly sincerity, we are and have been seeking to serve, and not without some measure of success–He has not left us now.

Grace developed pneumonia and died about a week later. The next month Hudson, still grieving, wrote to his mother.

Except when diverted from it by the duties and necessities of our position, our torn hearts will revert to the one subject, and I know now how to write to you of any other. Our dear little Gracie! How we miss her sweet voice in the morning, one of the first sounds to greet us when we woke–and through the day and at eventide! As I take the walks I used to take with her tripping at my side, the thought comes anew like a throb of agony, ‘Is it possible that I shall never more feel the pressure of that little hand, never more hear the sweet prattle of those dear lips, never more see the sparkle of those bright eyes?’ And yet she is not lost. I would not have her back again. I am thankful she was taken, rather than any of the others, though she was the sunshine of our lives…. But she is far holier, far happier than she could ever have been here.

Hudson counted the cost when he took the gospel to a foreign land. The cost was excruciatingly high, but Hudson was sustained by the One who sent him.