My focus is on newer commentaries (at least in part because most of the classics are now freely or cheaply available) and I am offering approximately 5 recommendations for each book of the Bible, alternating between the Old Testament and the New. Today I have turned to the experts to find what they say about Galatians. 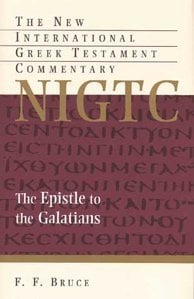 F.F. Bruce – The Epistle to the Galatians (New International Greek Testament Commentary). For serious study of Galatians, Bruce’s volume in the NIGTC will prove indispensible, though to fully understand and appreciate the work, you’ll need some knowledge of Greek. Carson says Bruce “evenhandedly weighs virtually all of the relevant literature up to the time of writing and presents the flow of the argument with a deft touch and readable prose.” He points out there are places where the reader may want to see a little more theological rigor, but still commends the volume and rates it as being among the best. It should be noted that because this volume was published in 1983, it does not interact substantially with the new perspective on Paul. (Amazon, Westminster Books)

Philip Graham Ryken – Galatians (Reformed Expository Commentary). I have often expressed my love for the Reformed Expository series of commentaries. Ryken’s volume on Galatians is said to be among the best in the series and among the best of all the options available for Galatians. Derek Thomas describes it as “a model commentary: expositional, pastoral, confessional, and Christological.” Because it is based on sermons, it is equally helpful for pastors preparing sermons or the general reader who wishes to study the book or to simply supplement Scripture reading with commentary. (Amazon, Westminster Books) 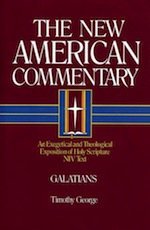 Timothy George – Galatians (New American Commentary). While Timothy George is primarily a church historian, he has written what the commentators on the commentaries agree is a wonderful work on Galatians. Carson says it is sui generis; I looked up the phrase and believe he means it as a compliment. Says Carson, “It is far richer than most substantial commentaries on Galatians in its survey of earlier treatments, not only from the Reformation period but also much earlier as well.” However, it is correspondingly weak when it comes to interacting with today’s major positions. Therefore, it is one a pastor will want to refer to, but only in conjunction with a few other contemporary works. (Amazon, Westminster Books)

John Stott – Message of Galatians: Only One Way (The Bible Speaks Today). John Stott is a powerful commentator who inevitably has fascinating insights; he is also strong in distilling important points down to pithy phrases. I always benefit from reading his commentaries. This one is highly regarded and apparently makes an excellent choice for the pastor or devotional reader alike. (Amazon, Westminster Books) 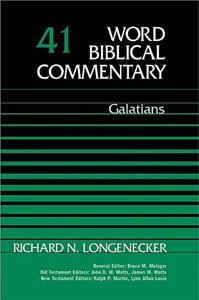 Richard Longenecker – Galatians (Word Biblical Commentary). Carson recommends Longenecker’s work as one of his two top recommendations for Galatians (along with Bruce). A couple of its strengths are apparently the long introduction and its explanation of the Jewish context of the book. Jim Rosscup says, “Longenecker leaves few stones unturned, at least the more crucial ones, and is helpful on views, reasons, and summation as well as detail on individual issues.” This one will likely appeal to scholars and well-trained pastors more than to the general reader. (Amazon, Westminster Books)

I have not yet found reviews of Thomas Schreiner’s new volume in the Zondervan Exegetical Commentary series, but expect that it must be excellent and will soon take its place in the top-five. (Amazon, Westminster Books)

Let me close with a couple of questions: What are your preferred commentaries on Galatians? Are there some you’ve found particularly helpful for preaching or for devotional purposes?