My focus is on newer commentaries (at least in part because most of the classics are now freely or cheaply available) and I am offering approximately 5 recommendations for each book of the Bible, alternating between the Old Testament and the New. Today I have turned to the experts to find what they say about Revelation.

If ever there was a book whose commentaries will prove polarizing, Revelation must be the one. D.A. Carson says this in his commentaries on the commentaries: “Of the writing of books on Revelation there is no end: most generations produce far too many. It is a little-known fact that the Puritans, for instance, produced far more commentaries on Revelation than on any other book, most of them eminently forgettable and mercifully forgotten. Something similar could be said about most periods of church history, including our own, which seems to be particularly inventive.” Nevertheless, there are some great commentaries available. 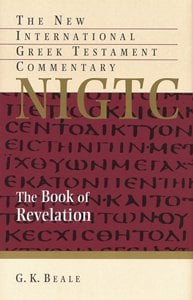 G.K. Beale – The Book of Revelation (New International Greek Testament Commentary). The consensus choice for the best commentary on the book of Revelation seems to be Beale’s. It is in the NIGTC series, so will require some knowledge of Greek. Carson says, “For students and well-trained pastors, the commentary that best combines comprehensiveness with biblical fidelity, exegesis with theology, and literary sensitivity with historical awareness, is that of G.K. Beale. While the prose can be dense, and while there are some areas the author could have explored in greater detail, his work is probably the best place to begin. (Amazon, Westminster Books)

Grant R. Osborne – Revelation (Baker Exegetical Commentary on the New Testament). Osborne’s commentary is far simpler than Beale’s and his strength is in laying out the various interpretive options. Keith Mathison says, “he takes an eclectic approach with an emphasis on the futurist position. Osborne’s commentary is particularly helpful in providing historical background information on the people, places, and things mentioned in the biblical text. Like most commentators, Grant too easily dismisses the arguments for an early date of the book, but the commentary is still well worth consulting.” (Amazon, Westminster Books) 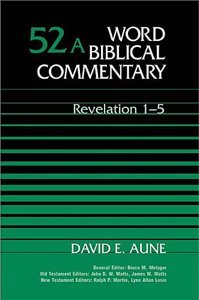 David E. Aune – Revelation 1-5; Revelation 6-16, and Revelation 17-22 (Word Biblical Commentary). Aune’s commentary is massive, coming in three volumes. Keith Mathison highlights the strengths and weaknesses of the work: “The strongest point of Aune’s commentary is the amount of information it contains regarding relevant extrabiblical literature that sheds light on the historical context. … The primary problem with this commentary, however, is that it loses sight of the forest for all the trees. Aune is very helpful with the details of the text and the details of extrabiblical literature. He is not as helpful when it comes to the point of understanding what the book means, its message and theology. He looks closely at the brush strokes, but he looks so closely that he can’t see the big picture.” (Amazon: Volume 1, Volume 2, Volume 3; Westminster Books: Volume 1, Volume 2, Volume 3)

Stephen S. Smalley – The Revelation to John. Stephen Smalley’s commentary receives high accolades from various commentators on the commentaries. Carson says it is “a competent piece of work, less daunting than Beale and less tendentious than Aune.” I had to look up “tendentious” and found he means it as a compliment: “expressing or intending to promote a particular cause or point of view, esp. a controversial one.” That makes it sound like quite a helpful work. (Amazon, Westminster Books) 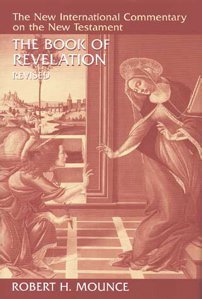 Robert Mounce – The Book of Revelation (The New International Commentary on the New Testament). Mounce’s treatment of Revelation is now available in a revised edition (dated 2008). Carson praises his commentary as “a learned and well-written work that not only explains the text satisfactorily in most instances but also introduces the student to the best of the secondary literature” while saying that Mounce’s special strength is in “his appropriate and balanced use of both Jewish and Greco-Roman sources.” He also points out that this may be the best option for someone whose knowledge of Greek is minimal or nil. (Amazon, Westminster Books)

James Hamilton’s contribution to the Preaching the Word series looks promising, but it has released too recently to have expert reviews (Amazon, Westminster Books).

Let me close with a couple of questions: Have you ever preached through Revelation? What are your preferred commentaries? Are there some you’ve found particularly helpful for preaching or devotional purposes?