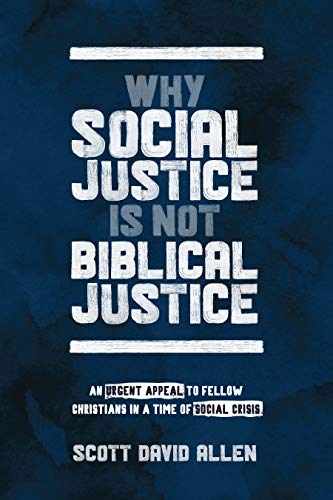 Do you remember the Emerging Church? Steeped in postmodernism and marked by more than a little progressivism, it rose to prominence in the early naughts and seemed as if it would present a formidable challenge to orthodox Christianity in the new millennium. Many viewed it as a severe threat to the gospel of Jesus Christ. But now, less than two decades on, I’d wager it has been a long time since you’ve heard the term or thought much about it. The Emerging Church collapsed nearly as quickly as it rose. The many books it produced, and the many books that critiqued it, were quickly marked down, remaindered, and tossed away. Its advocates moved on or disappeared altogether. At some point we will ask the question: Was it defeated in the marketplace of ideas by emerging (no pun intended) leaders like Kevin DeYoung and established veterans like D.A. Carson? Or did it have within itself the seeds of its own destruction so that its death was self-inflicted? Regardless, the fact remains that what many deemed as a severe threat quickly passed.

Christians today are hearing about a new threat to the gospel and one that many are (again) labeling the most significant of our time. It goes by different names—names like “Woke Church” or “social justice.” Under the banner of “justice” it focuses on equality, diversity, and inclusion. Of course no Christian would contest the beauty and necessity of justice, equality, diversity, and inclusion. The trouble is one of definitions, for this new ideology has slightly (or significantly) changed the meaning of such words. As John Stonestreet has often said, “It’s no good having the same vocabulary if we’re using different dictionaries.” Will this new challenger be able to reconcile itself with orthodox Christianity? Will it prove a foe to the gospel? Will it, like so many before it, quickly fade away? Time will tell. But in the meantime, we are beginning to see books written that both advocate and counter it.

One of the first books meant to counter it is Scott David Allen’s Why Social Justice Is Not Biblical Justice. There is a sense in which it is a book about vocabulary—about carefully distinguishing between two very different uses of the very same term. To help distinguish between the way the Bible uses “justice” and the way it is used in much of society today, Allen speaks of “social justice” and “ideological social justice,” with the latter being the counterfeit. Of course to know a counterfeit you’ve got to be familiar with the genuine article, so he begins his book by showing what the Bible teaches about justice. He eventually defines it as follows:

Conformity to God’s moral standard as revealed in the Ten Commandments and the Royal Law: “love your neighbor as yourself.” [Its two components are:]
Communitive justice: living in right relationship with God and others; giving people their due as image-bearers of God.
Distributive justice: impartially rendering judgment, righting wrongs, and meting out punishment for lawbreaking. Reserved for God and God-ordained authorities including parents in the home, elders in the church, teachers in the school, and civil authorities in the state.

Having done that, and having admitted that there is no hope of living within a perfectly just society on this side of eternity, he offers some hallmarks of societies that are more just than others: They acknowledge a transcendent lawgiver, they respect the rule of law, they acknowledge human dignity and God-granted human rights, they provide checks on corruption, they establish due process, and they entrust final judgment to God. You may recognize most of these as the hallmarks of Western nations, though, of course, none have been able to deliver on them fully and completely. And, if you have read much about social justice, you’ll recognize that its advocates wish to do away with many of these very hallmarks.

Allen turns next to the modern-day redefinition of “justice” which he describes as follows: “Deconstructing traditional systems and structures deemed to be oppressive, and redistributing power and resources from oppressors to their victims in the pursuit of equality of outcome.” It is obsessed with power, privilege, oppression, and victimization; it uses pragmatic tactics to cow dissenters into submission; it fixates on identity markers such as class, race, gender, and sexual orientation; it is openly hostile to Judeo-Christian religion; it is militant against the natural family and traditional sexuality; and it focuses on the redistribution of wealth and power by means of a powerful state apparatus. The ancestor of this ideology was what he calls “Marxism 1.0,” but with that ideology publicly and horrifically failing, it was reimagined as “Marxism 2.0.” Where the focus of the first iteration was the oppression of workers by the wealthy landowners and capitalists, the focus of the second is the oppression of marginalized identities by the white, patriarchal, heterosexual male hegemony. Allen describes ideological social justice as a worldview and patiently draws out its main tenets as it pertains to the nature of humanity, the source and nature of truth, the moral duties of each person, the hope we can have for the future, and so on.

After showing how ideological social justice has begun to make inroads into the church—through means such as “Progressive Christianity,” egalitarianism, the LGBTQ movement, and Woke Church—he makes a surprising turn and offers an appreciative critique of the Statement on Social Justice and the Gospel which, though primarily associated with John MacArthur, was actually penned and signed by a group of individuals. While he lauds much of its intent and content, he laments that it “unfortunately repeats the same error of the earlier fundamentalist movement. Rather than reasserting the rich legacy of biblical social engagement, the statement drifts into the old sacred-secular dichotomy that pits gospel proclamation against social ministry.” Just as fundamentalism was defined more by what it was against than what it is for, he fears the same may be true for those of us who are concerned about the move toward social justice. “The crying need today, as it was in the early twentieth century, is to recover a biblical, orthodox approach to justice and cultural engagement. At the same time, we must speak out against unbiblical social justice ideology. We need to rediscover and champion a deeply biblical approach to cultural engagement, in ways that lead to greater justice and human flourishing, and not to abandon these things as a distraction from our ‘core mission.’”

This, then, leads to the book’s Schaefferean call for the church to regain a comprehensive biblical worldview that will not only spurn ideological social justice but also emphasize true justice through cultural engagement and transformation. “Let’s not simply be anti-ideological social justice. Let’s be probiblical worldview.” This requires faithfully preaching the gospel but then also calling Christians into faithfully engaging the culture. “The temptation by opponents of ideological social justice to overreact by pitting evangelism and gospel proclamation against cultural engagement is a grievous error that must be avoided.” Thus we must, as did so many of our forebears, fight for justice in this world and defend the victims of injustice. But always we must be careful that we do so according to a biblical, wholistic definition of “justice.”

Will social justice prove to be a fearsome foe? Will it prove to be the dominant challenge to orthodox Christianity in the twenty-first century? Only time will tell. In the meantime, we will be well served with books that help us sharpen our understanding of true justice and help us combat any counterfeits. Scott David Allen’s Why Social Justice Is Not Biblical Justice is among the first book-length responses and it is one that makes a valuable contribution. Its strength is not just in calling people away from unbiblical notions of justice, but in calling people toward a fully-formed worldview in which Christians care more for justice—true justice—than anyone else. “This is my plea,” he says. “Recognize and reject the counterfeit. Remember what true justice is. Hold fast to that truth, no matter how unpopular. Speak it out. Demonstrate it. Be the salt and light Jesus commands us to be.” To that I give a hearty “Amen!”